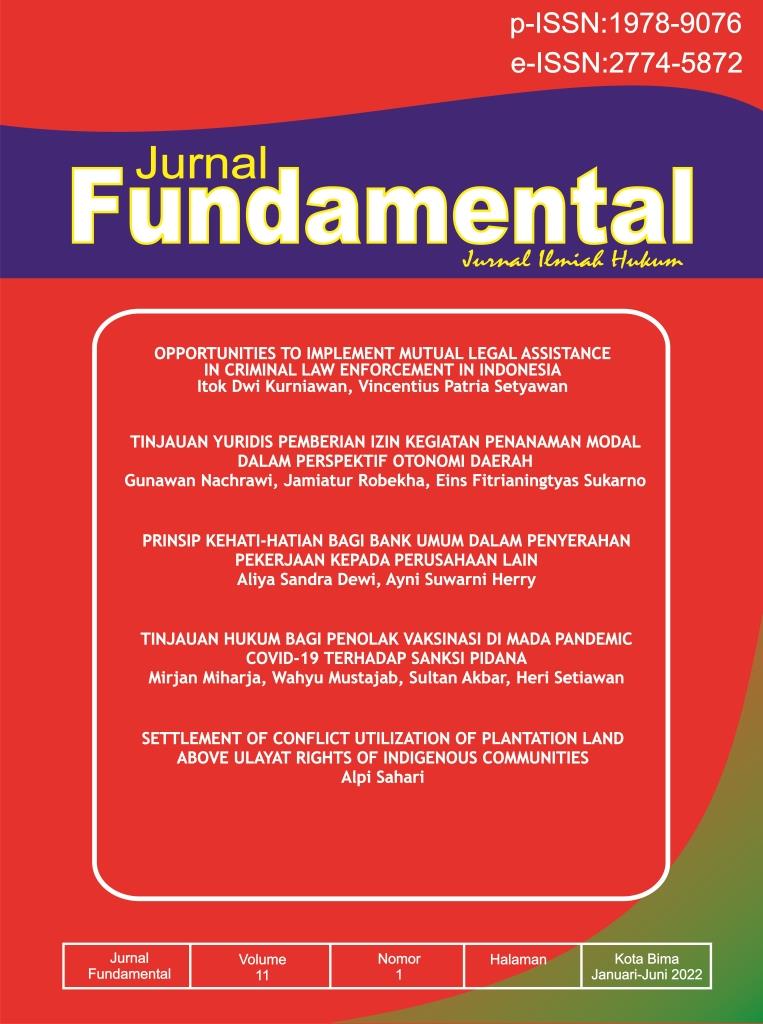 Conflict resolution disputes that are carried out through the courts often experience obstacles, including the absence of legal benefits in resolving disputes between communities cultivating customary land rights and plantation company authorities. The development of this conflict will certainly have an impact on national development plans related to the welfare of the entire community. One example of a dispute occurring in North Sumatra Province is the control of plantation land by a company which is claimed by the community as customary land of the Deli Sultanate, based on historically before the independence of the Republic of Indonesia, it was the land of the local community which was handed over to the Sultan to be managed. Keselutanan Deli then collaborated with the Dutch Colonial to manage the land handed over by the community based on the Van Consessie Deed which was signed by Sultan Maimon Al Rasyid Perkasa Alam and Deli Cultur Administrator Maatschaappij J.G. A. Godenhart and approved by Resident der Outkust Van Sumatra P.J Kooreman. The results showed that the revitalization of plantations in the agricultural, trade and manufacturing industries could be a strategy for improving community welfare and avoiding land problems between plantation companies that were granted management rights to customary law communities.