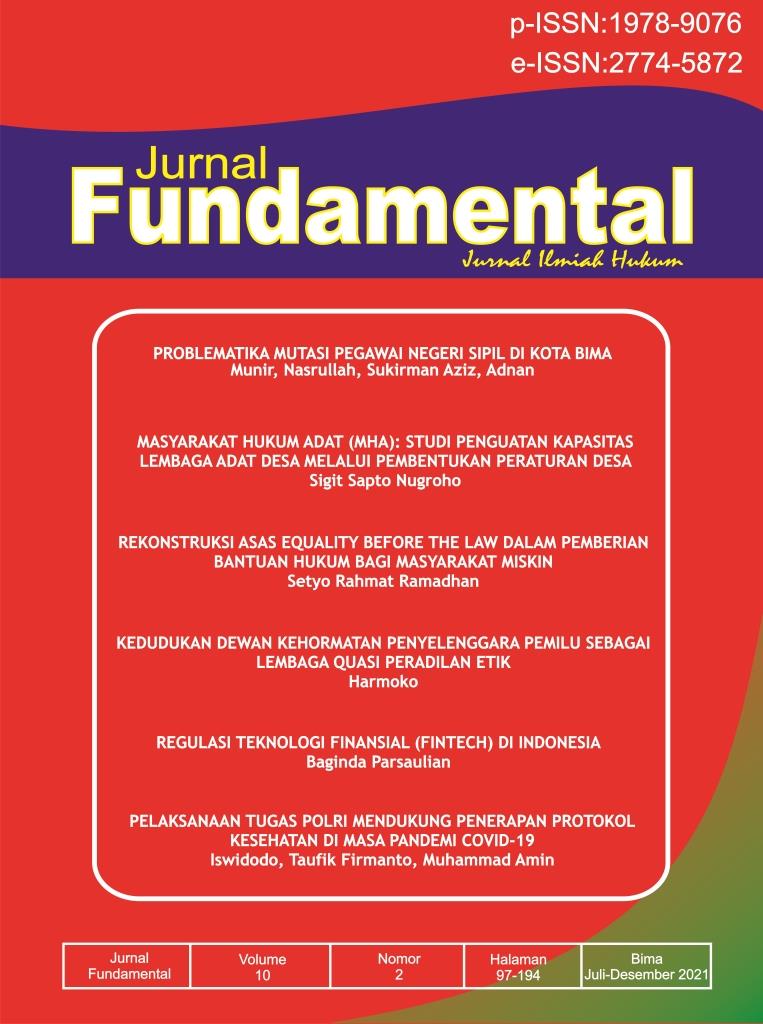 This study aims to identify and analyze the strengthening of the capacity of the Village Customary Institution (LAD) in the formation of village regulations. By using a normative juridical research method (doctrinal), based on primary legal materials, secondary legal materials and non-legal materials, then analyzed descriptively qualitatively. Based on the results of research and discussion, it shows that the Village Customary Institution as a forum for deliberative organizations to accommodate and channel the aspirations of the community to the government, resolve various problems that exist in society related to customary law, the existence of traditional institutions is also to create a democratic, harmonious relationship. and to empower the community in order to support the improvement of government administration, and the welfare of the village community. Village customary institutions are also a forum or organization where when in resolving a dispute or conflict there is a deliberation between the traditional apparatus which can be called a customary deliberation. Where customary deliberations are carried out in the community to realize the purpose of living together according to the local customary law. The Village Customary Institution will have legal certainty if a Village Regulation has been made so that the roles and functions of the Village Traditional Institution can be empowered as part of the implementation of the Village administration tasked with maintaining customs and resolving conflicts according to custom within the legal corridors of the Village Government as regulated in Law Number 6 2014 about Village